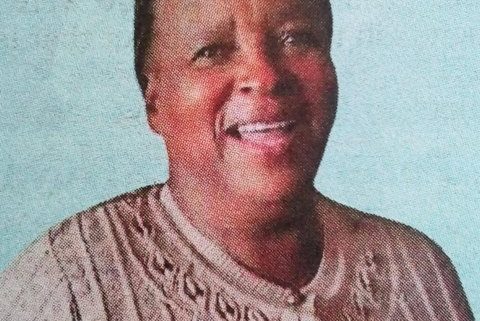 There will be funds drive on Thursday 19th September 2019 at Parkside Hotel Mwingi and Jt café Kitui.

The cortege leaves Mbaku Funeral Home Matuu on Saturday 21st September 2019 at 8.00 am for a funeral service and burial at her home in Kamuthale Sub location, Tyaa Kamuthale location, Kitui County.

‘I have fought a good fight, I have finished the race, I have kept the faith. 2 Timothy 4:7’