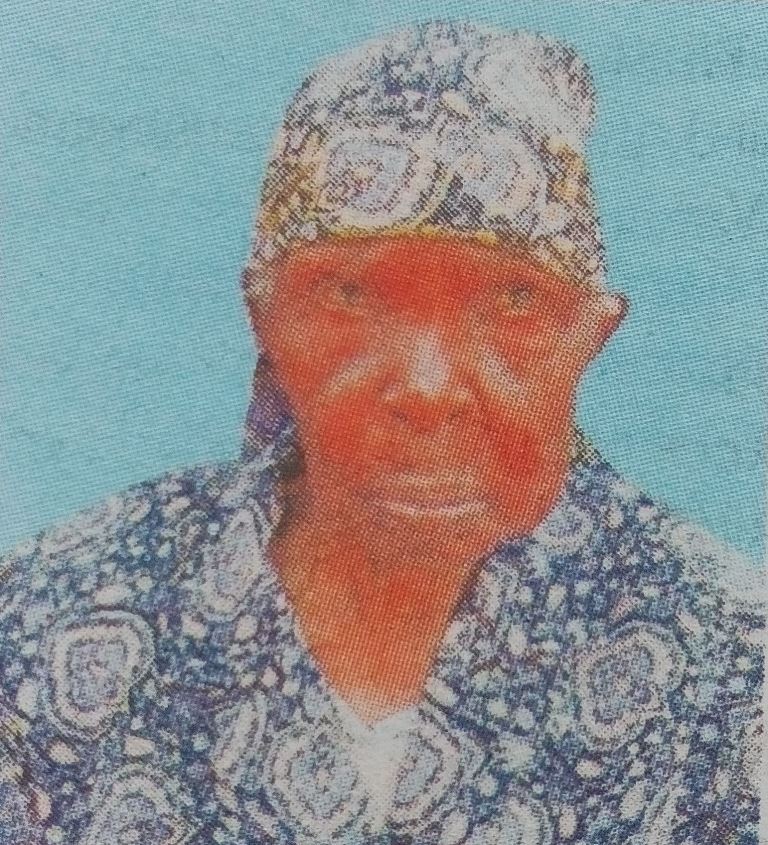 It is with humble acceptance of God’s will that we announce the demise of Teresia Mutisya which occurred on Thursday 20th July, 2017.

Friends and relatives are meeting daily at T.Tot Hotel Machakos and at her home. There will be a mini harambee on Wednesday 26th July 2017 at T.Tot Hotel starting 5:00pm. The cortege leaves Montezuma Monalisa funeral Home on Thursday 27th July, 2017 at 8:00am for a requiem mass at Metuma Primary School starting I I:00am and thereafter burial at her home Kyamwilu village, Mutituni location, Machakos county.