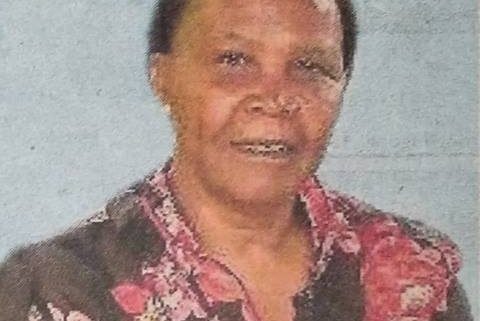 It is with great sorrow and humble acceptance of God’s will that we announce the passing on of our dear Terry Nthenya Mulehi on 6 July 2022 at M.P Shah Hospital, Nairobi.

Loving sister to the late Nicholas, the late Kavesu, the late Veronica, the late Muthini, Catherine Kalee and Raphael Kioko.

The cortege is lying at Lee Funeral Home.

Family and friends are meeting at her home in Ngei Phase 1, Langata (house no. 52) from Friday, 8 July 2022, starting at 5.00pm, for prayers and funeral arrangements.

The cortege leaves Lee Funeral Home on Thursday, 14 July 2022 at 8.30am for a church service at CITAM Karen at 9.00am. Thereafter the burial will take place at Langata Cemetery at 2.00pm.