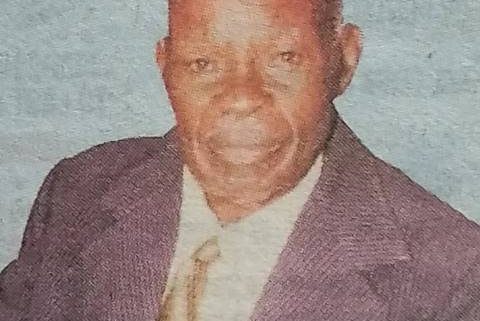 It is with deep sorrow that we announce the death of Timothy Mundia Chegero on 8th July, 2022 which occurred after being admitted at Vihiga County Referral Hospital.

Son of the late Saul Chegero and the late Rebecca Sayo. Husband to Damara Bukinu Mundia. Brother to the late Marita, the late Dorcas, Norah, the late Joshua, Penina, Sophia and Agnettah. Brother-in-law to the late Hezron Imbuki and Tereza, among others.

Father to Francis, Catherine, Alice, Finorah, Esther, Henry, Phoebe and Fred. Father-in-law of the late Onacha, the late Chama, the late Moindi, the late Lomolo, Mahasi, Gladys and Susan. He was blessed with many grandchildren namely: Kennedy, Linda,Avisa, among others.An uncle to Lucy, Gladys, Jane, Mary among others.

In God’s hands you rest, in our hearts you live forever. Amen!