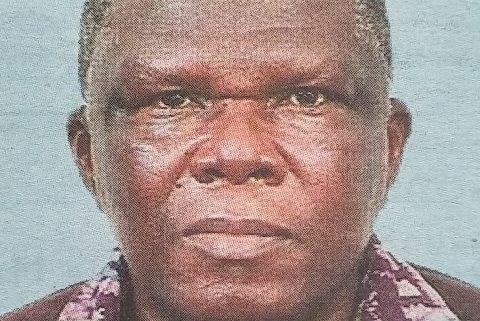 It is with humble acceptance of God’s will that, we the Babu family, announce the promotion to glory of Brother Tito Babu on 4th May, 2022 at Aga Khan University Hospital – Nairobi.

He was the son of the late Alex Ochollah Babu and the late Precilla Ochar Babu. Step-son to Wilkister Babu and Roselina Babu of Sakwa Kamnara. Son-in-law to the late Joseph Malela and the late Victoire Bassimba (of Congo Brazzavile).

Nephew to Mama Islida Oloo, the late mama Sulmena Oloo and the late mama Lucia Osichos among others. First Cousin to the Awendos, the Arodis, the Kandayas, the Omitis the Achiengs, the Ogutus and the Osichos. Uncle to Maureen (UG), Sarah, Charles, Alex, Ladona, Zola,Tut, Samora, John, Cliff and Whitney among others.

Relatives & friends are meeting at his house in Green Park Estate – Nairobi for prayers and funeral arrangements from 2:00pm – 6.00pm every day.

The cortege leaves Umash Funeral Home – Nairobi on Friday, 20th May 2022 morning and will be flown to Kisumu.

Burial will be on Saturday, May 21st 2022 at Tito’s Abom Home, Bondo Sub-county, Siaya.

“Brother Tito, in God’s Hands you rest, in our hearts you live forever”