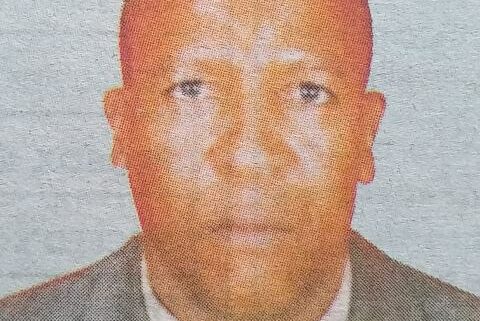 It is with profound sorrow that we announce the sudden demise of our beloved Titus Kitheka Mutemi on Sunday, 15th January, 2023. He was Senior Elections Officer of IEBC in charge of Kitui Central constituency.

Son of the late Mutemi Ngava and the late Elizabeth Kavata. Brother to the late Kennedy Kivuva, the late Muthini Ramadhan and Margaret Mutemi.

Husband to Luciana Okwanda. Father to Kelvin Mutemi and Kevin Okwanda. A friend to many.

Funeral arrangements are held at his home, Ngumbe, within Kibwezi Township.

The cortege leaves Kibwezi Funeral Home on 21St January, 2023 at 9.00am followed by burial service at his home compound in Ngumbe.