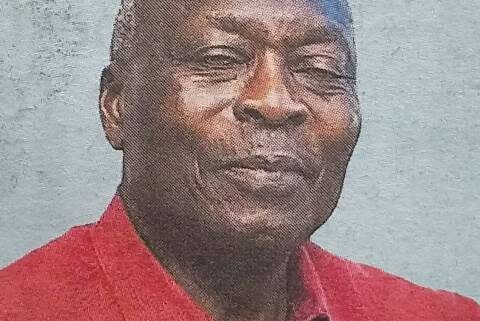 It is with profound sorrow and humble acceptance of God’s will that we announce the death of our patriach, Mzee Wellington Oluoch Omoro “Kwaru” which occurred on Saturday, 7th January 2023.

Son of the late Patroba Omoro and the late Dorsilla Ogonda Omoro. Son-in-law to the late Masoud Ouya and the late mama Fatuma Akumu.

Nyawana to Elijah and Teresia Kaharo, Steven and the late Alice Odhiambo, the late Christopher Mwebe and Susan Kamanzi.

Relatives and friends are condoling at Mzee’s residence from 5.00pm daily until Tuesday, 17th January 2023.

His memorial service will be held at St. Stephens Cathedral – Jogoo Road on Wednesday, 18th January 2023 at 1.00pm.

I have fought the good fight, I have finished the race.