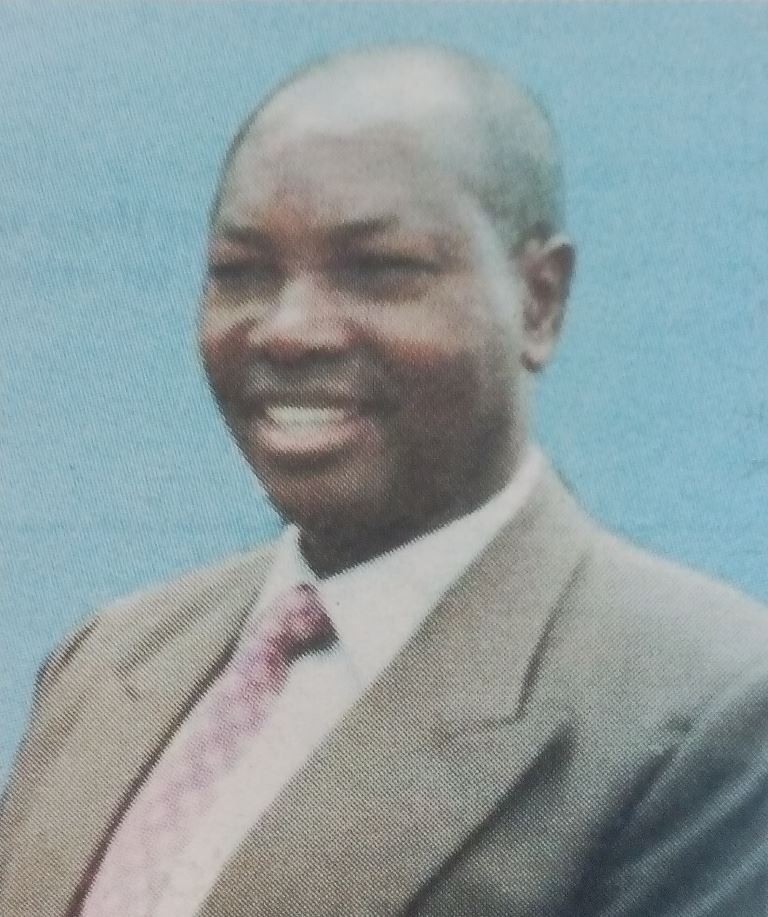 It is with humble acceptance of God’s will that we announce the death of Mr. William Eredi Mugodo on 5th September 2017. He retired as Chief Registrar of Motor Vehicles, Ministry of Transport Son of the late Hezron Mugodo and Selina Irawo Musimbi.

The cortege leaves Kaimosi Mission Hospital Funeral Home on Thursday 14th September 2017 to his home in Bukulunya Village, Sabatia Sub-County.Vihiga County. The funeral service will take place on Saturday 16th Saturday, 2017 at Bukulunya Secondary School grounds followed by the burial ceremony at his home. Contributions can be sent to pay bill No.891300 Account No. EREDI.

May the Lord Rest His Soul in Eternal Peace.