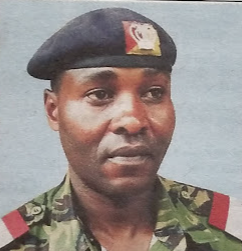 It is with profound sadness that we announce the sudden passing on of WO II (RTD) Elijah Moriasi Osebe, which occurred on the 26th of February, 2022 at Kijabe Hospital.

There will be a fund raising at his residence on Tuesday, 8th March 2022 from 2pm and in Nairobi on Wednesday, 9th March 2022 at United Kenya Club at 4pm.

The funeral service will be held on Friday, 11th March, 2022 at Lanet Kiamunyeki village at 10a.m. Thereafter, he will be laid to rest at his farm in Lanet.