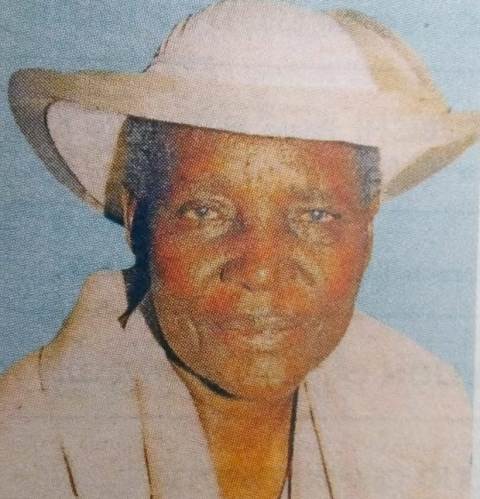 It is with humble acceptance of God’s will that we announce the death of Mama Yunia Obath Ogendo.

Family and friends are meeting at her home in Udenda village, Siaya and at St. Stephen’s Cathedral Kisumu every evening from 5PM.

There will be a fundraising on Tuesday 7/08/2018 from 5.30PM at Bishop Okullu Hall, St. Stephen’s Cathedral, Kisumu and at Trinity Centre, All Saints Cathedral, Nairobi.

The cortege will leave Aga Kahn Hospital Mortuary, Kisumu on Thursday 9th August 2018 at 9.30 AM for prayers at the Old St. Stephen’s Cathedral, Kisumu and later at St. Luke’s Church Udenda, West Alego.

Funeral service and burial will be held on Friday 10/08/2018 at her home in Udenda village, West Alego, Siaya County.

2nd Tim 4:7 I have fought the good fight, I have finished the race, I have kept the faith.