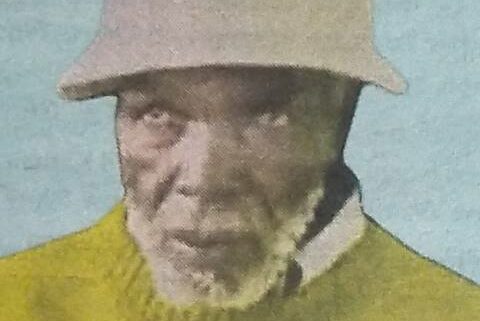 We regret to announce the death of Zachary Abuga of Nyaramba, Sengera Manga, Nyamira County.

Son to the late Haron Osebe and the late Miriam Nyasuguta.

Loving husband to Veronica Barongo. Brother to Peter, the late Theresa among others. Brother-in-law to Henry Mkutu, Mombo, among others.

Uncle to many including Prof Esther, Omido, Bob Samuel, Irene, Torn, Benjamin Josiah (all in USA) among many others.

The burial will be announced later.