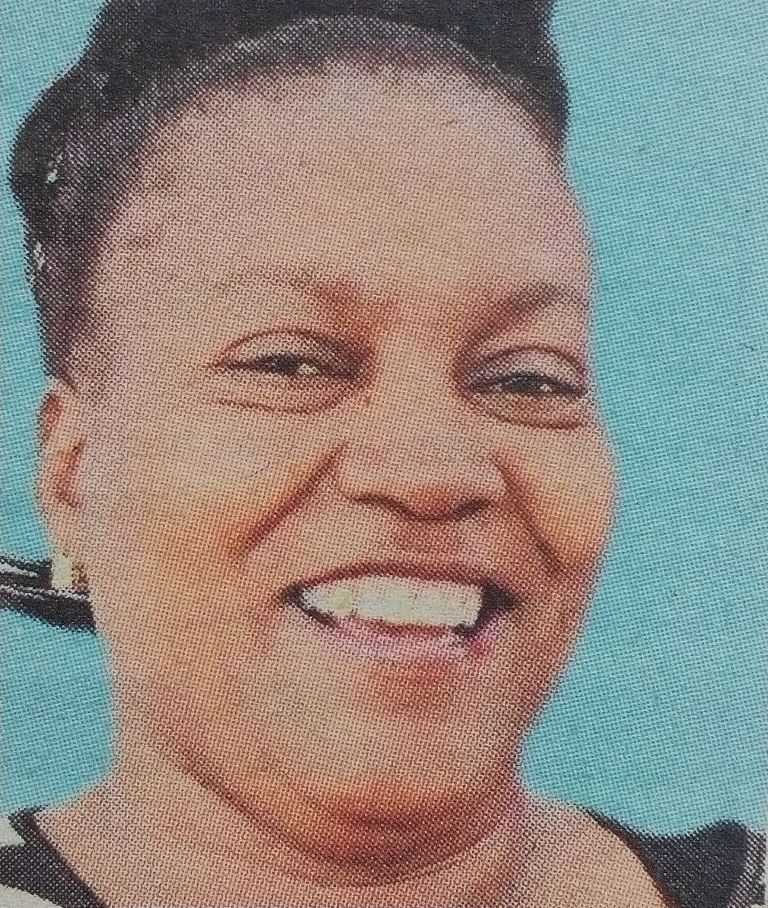 We regret to announce the demise of Zipporah Mumbi Ndegwa formerly of KCB (Kencom).

Funeral arrangements are being held at the Holy family Basilica from 6.00pm. There will be a fundraising on Wednesday 2/08/2017 at the Holy family Basilica starting from 2.00pm to 8.00pm to settle the medical bill. You can also send your contributions through M-pesa number 0716739369-Nancy Mwangi. The cortege leaves Lee Funeral Home on Friday 4/8/2017 at 8.00 am, and thereafter a funeral service shall be held at her home in Ruruguti in Othaya Nyeri.