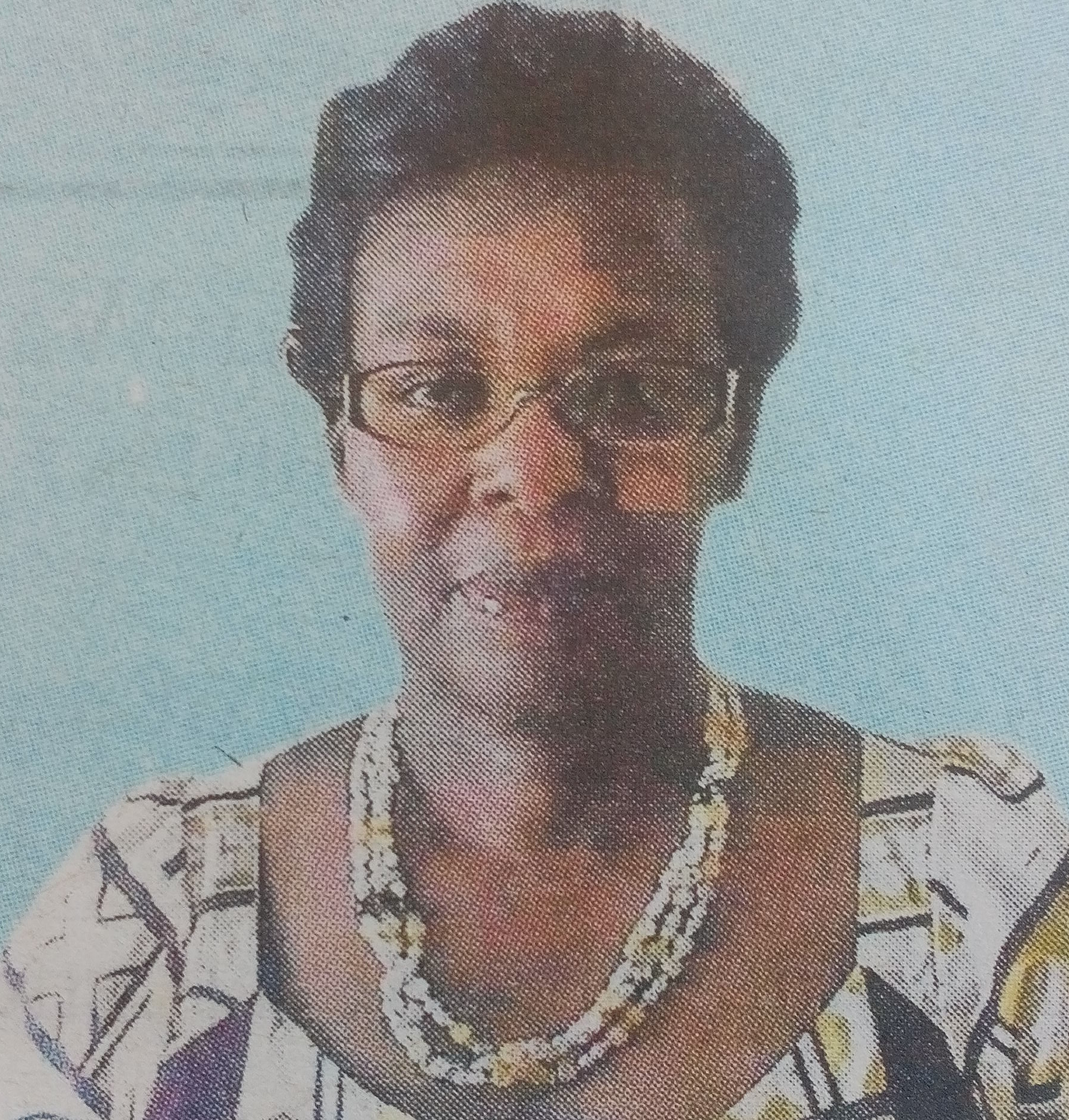 It is with acceptance of God’s will that we announce the passing on of Agnes Wamuci Kiriti-Mwangi on 16th January 2017 at Nairobi West Hospital. She worked at The Ministry of EAC, Labour and Social Protection, State Department of Social Protection.

Friends and relatives are meeting at Hot Dishes Restaurant, opposite Cardinal Otunga Plaza, Nairobi, at 5.30pm daily, at Nyeri Police Canteen and at her parents’ home in Karundas.

The cortege leaves Umash Funeral Home on Saturday, 21st January 2017 at 7am, for the funeral service and burial at Karundas, Chaka in Nyeri from 11am.

You have fought a good fight, you have finished the race and you have kept the faith. 2nd Timothy 4:7.