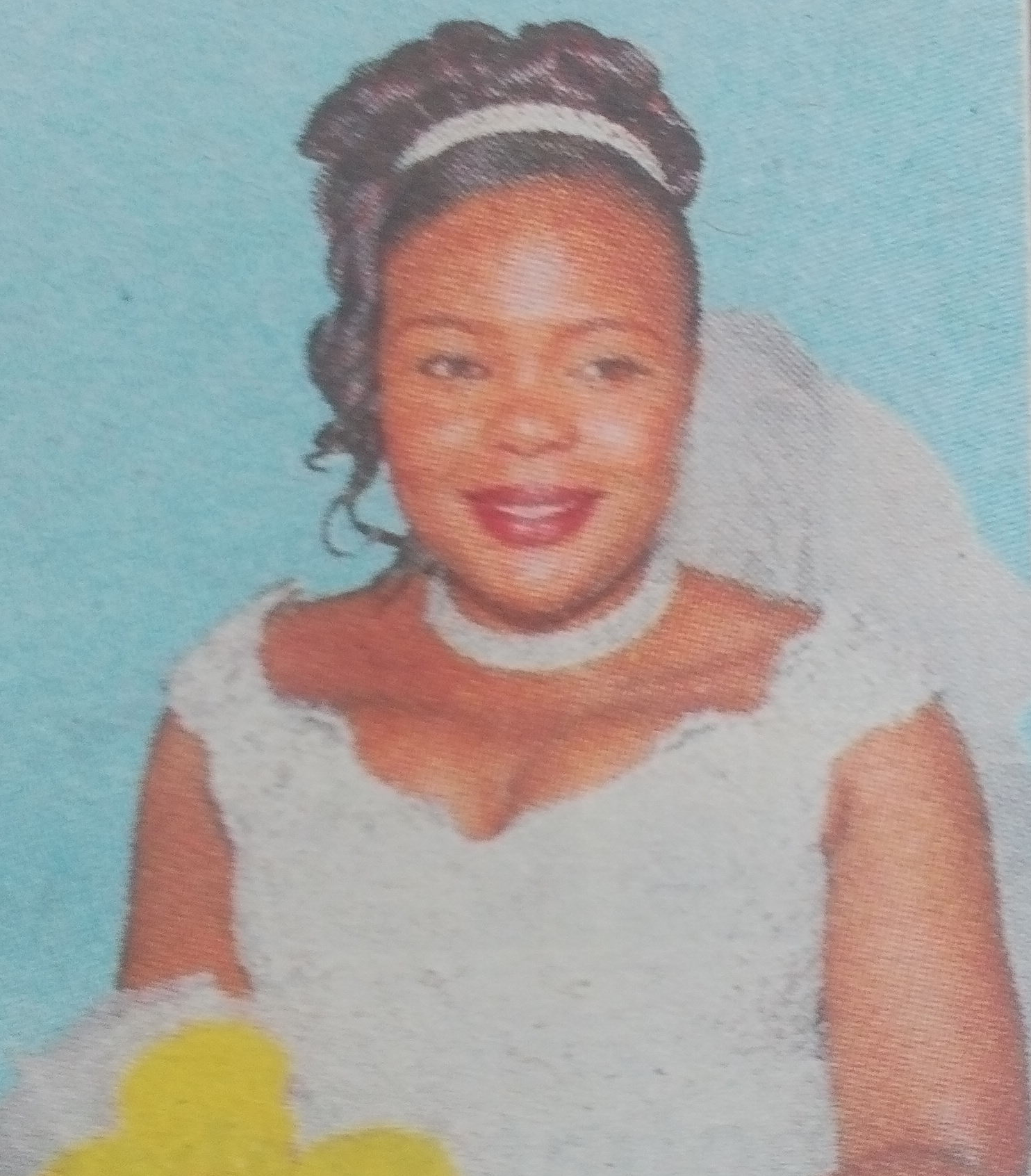 Friends and relative are meeting daily at Railway Club and for fundraising on Tuesday 28th March 2017 from 5:30pm to meet

funeral expenses. Any advance contributions can be channelled through Pay Bill No 698487.

The cortege leaves Coptic Mortuary at 7.00 onThursday 30th March for funeral service at All Saints Cathedral at 8.00

a.m. Burial will be on Saturday 1st April 2017 at Nambale, Busia, behind DC’s office.

Angie, you will always remain loved and remembered every day.

“In God’s hands you lie, in our hearts you live forever”.