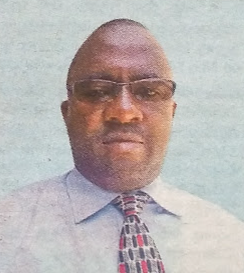 It is with deep sorrow and humble acceptance of God’s will that we announce the demise of our beloved Anthony Ngugi Gikandi.

Family, relatives and friends are meeting on Monday, Tuesday and Wednesday at Wiyumiririe home (Bekamo), Nairobi (Holy Family Basilica) and in Nyeri (You & Me) for prayers and funeral arrangements.

The cortege leaves Outspan Funeral Home for the burial and funeral service at Wiyumiririe in Laikipia on Thursday 24th March 2022.