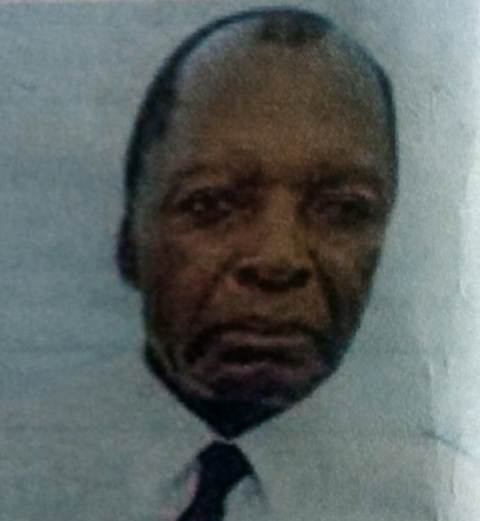 Father of Noah Omondi Were, FCS Victor Arara Were, the late Jackline Akinyi, Alexander Were, Thaddeus Were, the late Wilfred Amina, Joseph Were and Benjamin Were, The late Hon. Melitus Mugabe Were (former MP Embakasi), Emmanuel Were, Julius Were (USA), the late Vincent, Francisca Were, Juliana Were(Italy), Stechy Were(Italy), Boniface Were, Thomas Were, Jackline Obura Were, the late Margaret and Alfred Were, Garbriel Amina and Anthony Ombayo. As a great parent, he is an Uncle, Brother-in-law, Father-in-law, Grandfather and Great Grandfather of many.

Family and friends are meeting at his house in Kariakor GevaNgee Estate house No. 19 Nairobi, Summit Grill Restaurant in V.O.K. Mombasa and at his home in Bungasi Sub-location, Musanda Division, Mumias West Constituency, Kakarnega county.

The cortege leaves St Ann Sega Missionary Funeral home on 17th August 2018 at 8:00am. Funeral service will be held at St. Michael Sigomere Catholic Church, Sigomere Parish at 10:00am.

In God’s hands you rest and in our hearts you live forever Dad, Rest in Peace.