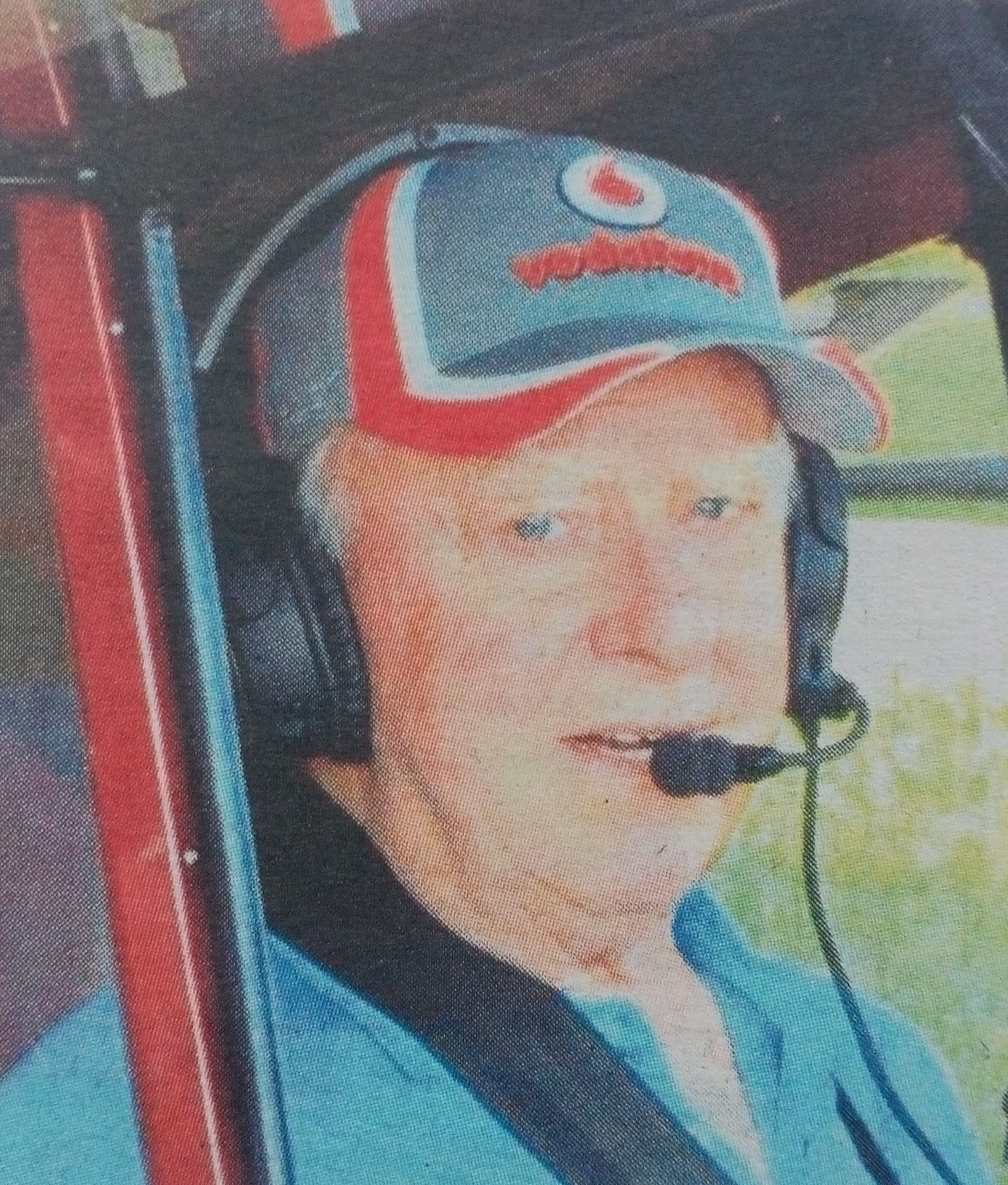 Bill Parkinson, (WHB as he was fondly known) passed away peacefully surrounded by his adoring family on 9th March 2017.

Founder of Car Hire Services, Executive Air Services, Wine Masters and latterly Phoenix Aviation. He was born in Newtownards, Northen Ireland in December 1932. After excelling academically and on the sports field in the Enniskillen Technical School of Business he joined the Royal Ulster Constabulary.

In October 1953 he was recruited by the Kenya Police and served for fourteen years rising to the post of Chief Inspector. While in the police Bill learned to fly and later earned his Commercial Flying Licence. He became a full time pilot for Boskovic Air Charters before launching Car Hire Services based at Vic Preston’s Service Station.

Bill and Vic became great friends igniting Bill’s passion for motorsport. They both competed at the Nakuru Circuit and Bill still holds the Touring Car lap record for the Nakuru and Embakasi tracks. Not content with motor racing, Bill took up rallying and participated in the Safari Rally ten times.

After retiring from rally driving he became the Chairman of the Safari Rally when the event had World Championship status. In more recent times he concentrated on restoring classic cars and became the Chief Judge of the Africa Concours d’Elegance for ten years.

During his action packed life he was a formidable Table Tennis and Squash player and was the Kenya champion for both sports.

Together with his son Steve and his long term partner, Sati Reel, Bill opened the doors of Phoenix Aviation in I994. This has become a leading aircraft maintenance, charter and air ambulance service providing first generation jet aircraft to AMREF Flying Doctor Services.

For two successive years this service was awarded the best ambulance provider in the world and has rescued over 30,000 patients.

Bill and his wife Gill celebrated their 56th wedding anniversary in February this year. He was a loving husband and was the father of Suzie, Steve and Ingle and a wonderful grandfather.

Bill’s cheerful and caring spirit is treasured by the family, his two sisters, brother and their children in England and the management and staff of Phoenix Aviation at Wilson Airport.

The celebration of the life of Mzee Bill will be held on Saturday 29th April at 2:30pm at the Nairobi Racecourse.