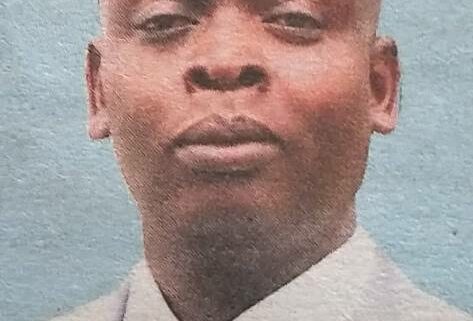 It is with deep sorrow that we regret to announce the death of Boniface Mashed Mumia; a staff of the Parliamentary Service Commission on Monday, 12th December, 2022 while receiving treatment at the Kenyatta National Hospital.

Son of the late Ernest Mumia Makaka and the late Julieta Amutabi Mumia of Imakhaya Ikambi. Nephew to Joseph Machanje, the late Lawrence Miheso and the late Muhambe.

Brother to the late Caroline, the late Melechi, the late Violet, Sylvia and Philip.