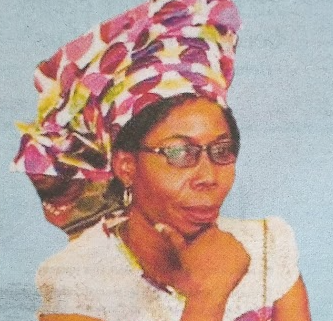 It’s with deep sorrow that we announce the demise of Christine Boke Mang’era which occurred on Thursday 7th April 2022 at Kenyatta Primecare Centre after a valiant battle with illness.

Daughter to the Late Mwita Ibrahim Nyamohanga and the late Robi Matiko Nyamohanga.

She was a sister in-law, aunt, cousin and friend to many and will be surely missed.

Friends and family are meeting daily at her home in Nyabohanse, Kuria West and at Professional Centre, Nairobi, for prayers and funeral arrangements.

In God’s hands you rest, In our hearts you live forever. Amen