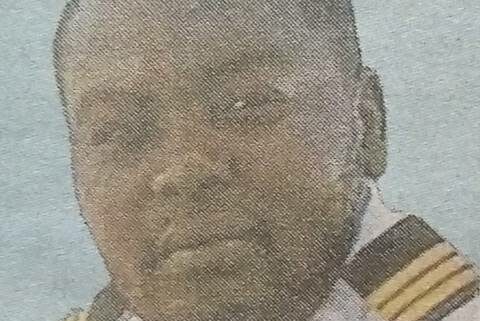 It is with humble acceptance of God’s will that we announce the death of Captain Dennis Kibet Sergon.

Family and friends are meeting daily at his home for prayers and burial arrangement.

He will be laid to rest on 29/10/2022 at his home, Kipkaech Village, Baringo Central in Baringo County.