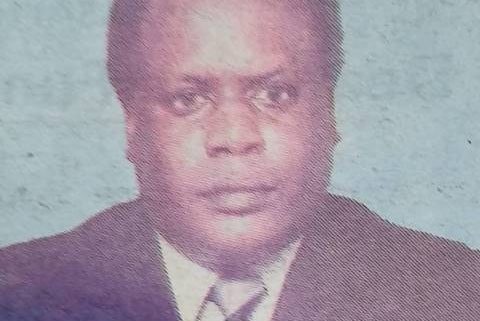 It is with profound loss and humble acceptance of God’s will that we announce the passing away of Edward Eric Ogalo at his residence in Ilion, New York on Sunday, 24th July, 2022.

Edward, also fondly referred to as “Roger” was the son of the late Susana and George Mang’ong’o Ogalo of Kodero Bara, Kamagambo. Devoted husband of Risper Awuor and dedicated father to his son George.

Roger” was a wonderful cousin and great friend to many who fondly remembered him for his generosity, calm disposition and love of music.

There will be a memorial service and burial on Friday, 12th August, 2022 commencing rom 10.00am at the family home in Kodero Bara, Kamagambo, Migori County.

I have fought the good fight, I have finished the race, I have kept the faith. — Timothy 4:7 —

May you Rest in Eternal Peace. Amen