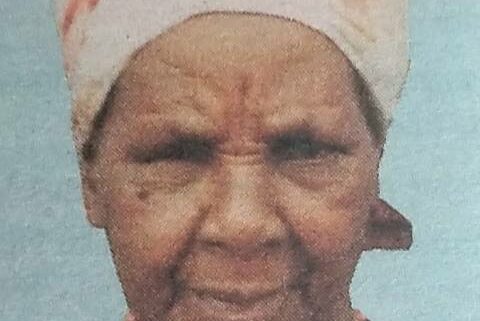 It is with deep sorrow and acceptance of God’s will that we announce the passing on of Esther Wagikuyu Ruoro.

Grandmother to Esther Wagikuyu, James Ruoro, Samuel Njuguna, Kelvin Ruoro, among others. Great-grandmother to many.

Family and friends are meeting daily at Mrs Mungai’s home Sports next to Murang’a University – Main Gate and at her Mwana-wi-Kio Village home.

The cortege leaves Montezuma Funeral Home – Kabati on Friday 18/11/2022 at 8.00am followed a funeral service thereafter at their home in Mwana-wi-kio village, Kakuzi, Mitumbiri Ward.

…and we know that in all things God works for the good of those who love Him, who have been called according to His purpose.” — Roman 8:28