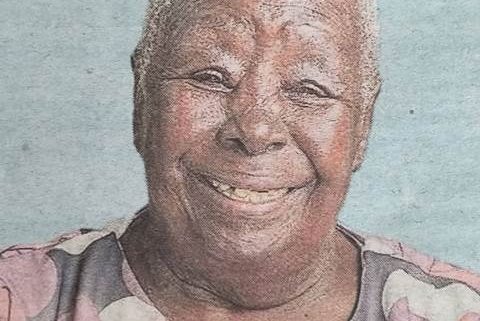 The Ngugi family is saddened to announce the sudden but peaceful death of their mother, grandmother and great-grandmother Felister Wambui Ngugi while receiving treatment at the Nakuru War Memorial Hospital.

The cortege leaves the Monalisa and Montezuma Funeral Home, Kabati at 8.00am on 7th September, 2022 and the burial mass will be conducted at the Charles Lwanga Catholic Church; Itaaga village – Murang’a on the same day.