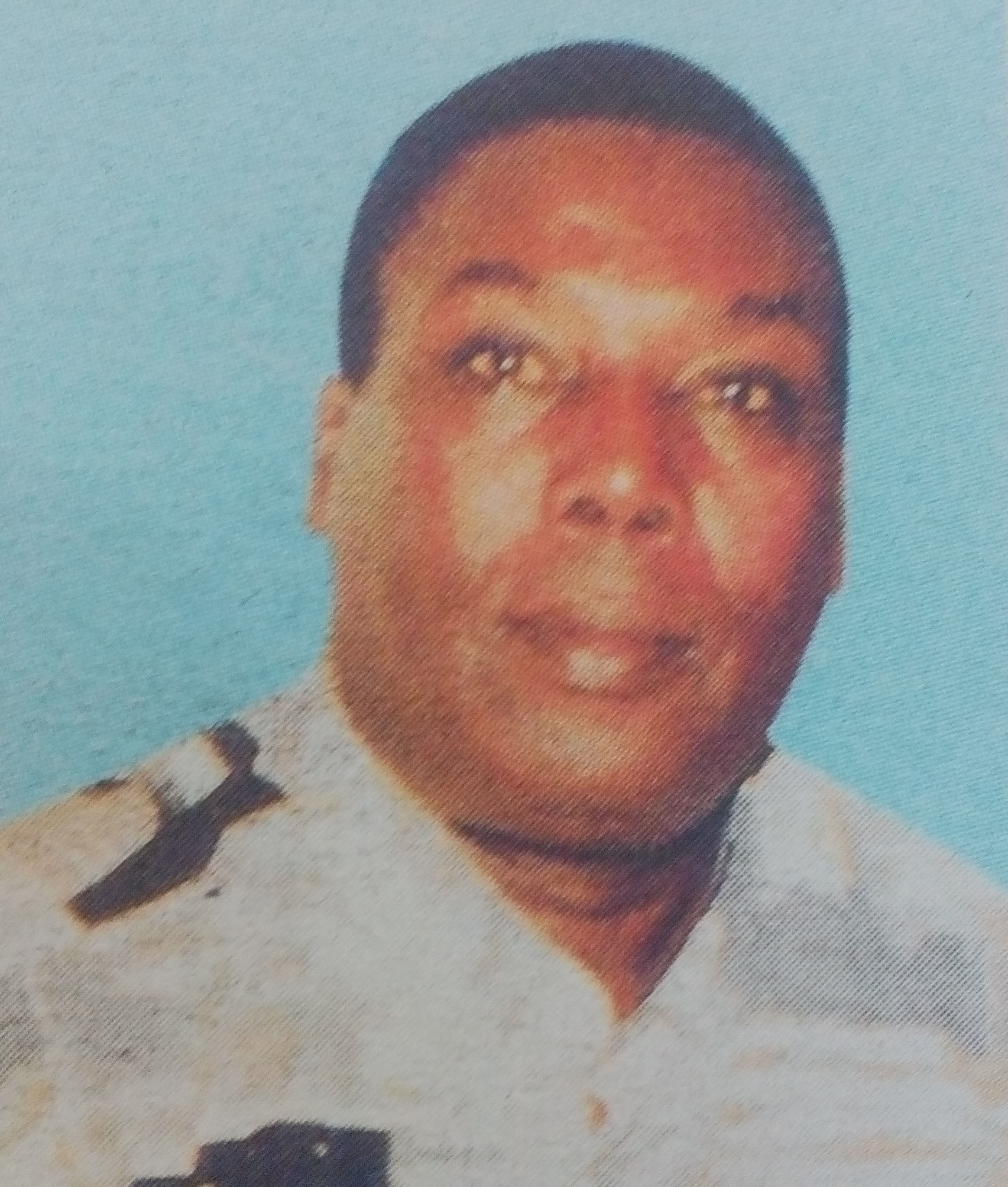 It is with humble acceptance of God’s will that we announce the death of George Muriithi Njogu formerly of NIS. Son of the late Isaiah Njogu and the late Bella Wanjiru.

Friends and relatives are meeting daily at his home in Juja, Silent Joy and Muigai Inn for prayers and funeral arrangements starting from 6pm.

The cortege leaves Kenyatta University Funeral Home at 8am on Friday 23rd December 2016.

Funeral service will be held at his residence in Juja – Kenyatta Road next to Muigai Inn staring from 10am and thereafter burial at the same place.

“In God’s hands you rest, In our hearts you live forever.”