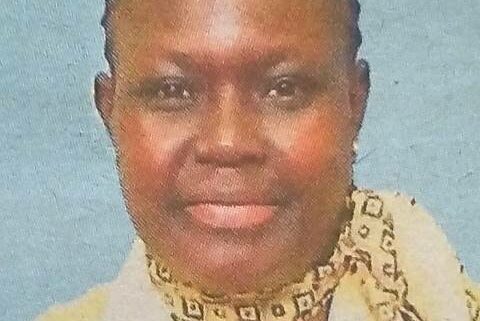 It is with deep sorrow and humble acceptance of God’s will that we announce the sudden death of Mrs. Grace Akinyi Ouko Silamo of Kenya Airports Authority (K.A.A), Jomo Kenyatta International Airport which occurred on 27th December, 2022 at Mater Hospital, Nairobi, after a sudden illness.

Friends and relatives are meeting daily at her house in Utawala Githunguri from 4.00p.m for funeral arrangements.

The cortege will leave Montenzuma Monalisa Funeral Home Nairobi for burial on 7th January, 2023 at her home in Loitoktok, Kajiado County.