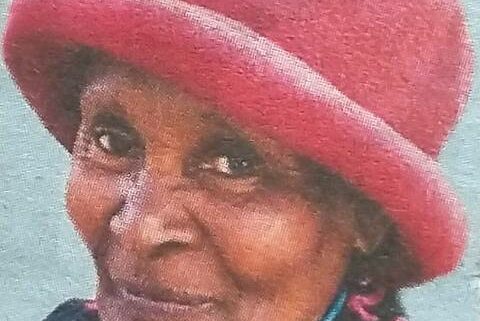 It is with deep sorrow that we announce the passing on of Grace Mirigo Gitonga of Kamulu- Dex drop Water which occurred on Saturday 7th January, 2023.

Prayers and funeral meetings are being held at Impala Hotel along Parklands Road near Mp Shah Hospital and at her residence in Kamulu starting from 6.00pm.

The cortege leaves Montezuma Funeral Home on Mbagathi way on Thursday 12th January 2023 at 8am for service and burial as from 10:30am at her home in Kamulu (Stage 26 near Elimu House School) on Kangundo Road.