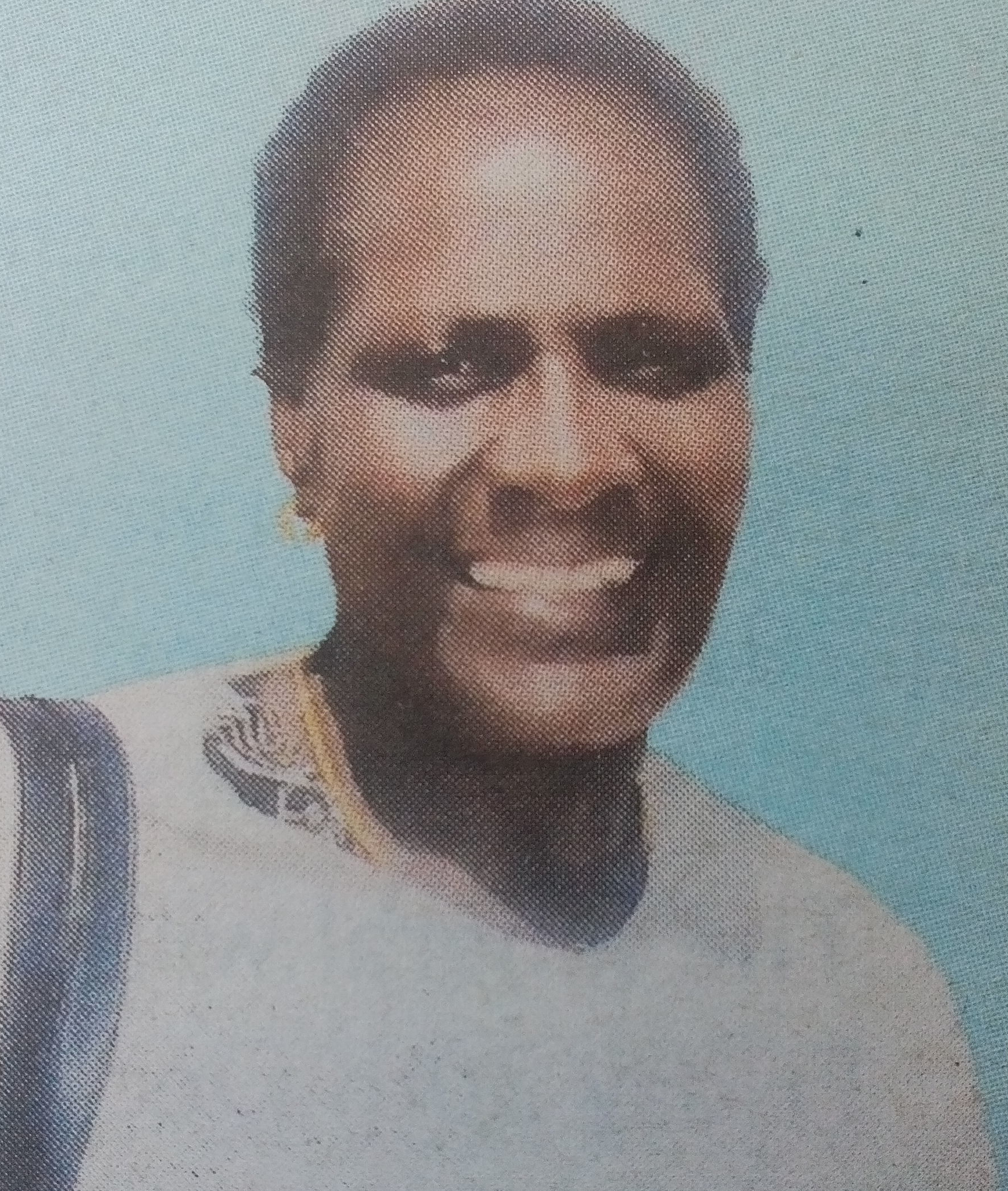 It is with deep sorrow and humble acceptance of God’s will that we announce the promotion to glory of Mrs Grace Mumbi Gathoni Sika on 18th December 2016 through a brief and bravely born battle with cancer.

Family and friends are meeting daily at her house in Bondeni Estate West Indies Eldoret and in Nairobi.

The cortege will leave MTRH Hospital Eldoret on 28th December at 11am for prayers at St Matthews ACK Cathedral and thereafter to her residence in West lndies.

The burial will be held on 29th December 2016 at Annex Eldoret.

You have fought the good fight ,you have finished the race and you have kept the faith. Rest in Peace Mum.