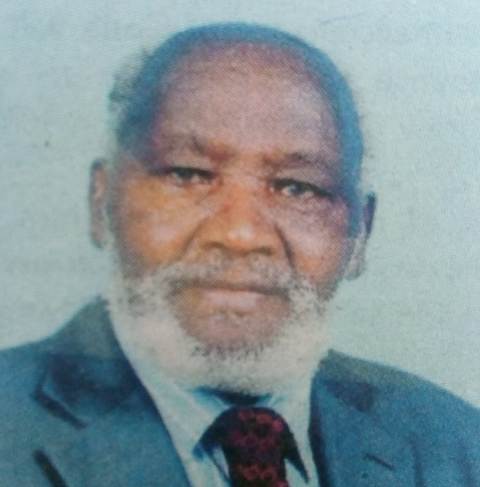 It is with humble acceptance of God’s will that we announce promotion to glory of Hesbon Maringa formerly of Kenya Railways.

Son of the late Simon Mutungi and the late MugureWa Mugo. Husband of the late Millicent Wagicugu. Father of Esther, the Late Margaret, Simon, Robert, Julius, Eunice, the late Pauline, Priscilla, Judith and Richard. Father-in-law of Gitonga, Vaida, Rosepauline, the late Jane, Wachira, Karembu, Murage and the late Beth. Grandfather and great grandfather of many.

Friends and relatives are meeting at KK Restaurant, Bruce House Nairobi on Friday 3rd August at 5pm and at his home in Kianyaga, Kirinyaga County.

The cortege leaves ACK Mt. Kenya Hospital mortuary in Kerugoya on Monday 6th August 2018 at 8.30am. Thereafter funeral service at ACK All Saints Church Kianyaga followed by the burial at his home.