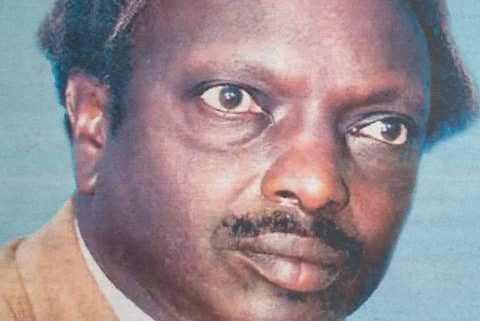 It is with deep sorrow and humble acceptance of God’s will that we announce the demise of Hon. Anthony Kipkosgei Kimeto, former MP Sotik Constituency (1997 – 2007), which occurred on Monday 22nd August, 2022 in Nairobi after a long illness. He was born in 1942 at Kamugeno village, Ndanai Location, Sotik Sub-county, Bomet County.

Friends and relatives are meeting daily in Nairobi at All Saints Cathedral and at his Ndanai home, Samoe village for prayers and funeral arrangements.

Fund-raiser to support funeral expenses shall be held on Tuesday 30th August, 2022 at All Saints Cathedral – Nairobi, starting 5.00pm; and later another fundraiser at his home Samoe village, on Thursday 1st September, 2022 starting 3.00pm.

There will be a requiem Mass at Holy Family Basilica – Nairobi on Thursday 1st September, 2022 starting at 2.00pm.

The cortege leaves Lee Funeral Home on Friday 2nd September, 2022 starting 6.00am for Ndanai home where another requiem mass will be held the same day at Ndanai Catholic Church at 2.00pm before leaving for an overnight stay at his home.

“Dad, you have left us a rich legacy worth emulating. Rest in Peace.”