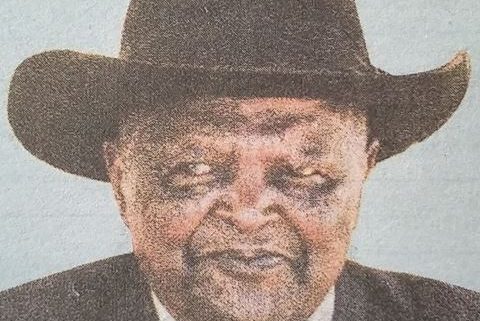 It is with profound sadness and humble acceptance of God’s will that we announce the promotion to glory of Hon. Nathaniel Kipkirui Chebelyon of Kelonget village, Konoin, Bomet County. He was the first M.P Konoin Constituency, former Commissioner – ECK and former Chairman of Board of Directors – KCC.

He was husband to the late Anna Tapnandet and the late Bornes Chebelyon. Father to the late Agnes, Alice, Paul, Isaac, the late Rosaline, Nancy, Alfred, Edna, Susan, Geoffrey, Robert, Joyce and Leonard.

The cortege leaves Lazarus Funeral Home on Friday 22nd July, 2022 at Noon for an overnight stay at his home. The burial will be held on Saturday 23rd July, 2022 at his Kelonget farm, Koiwa as from 10:00am.