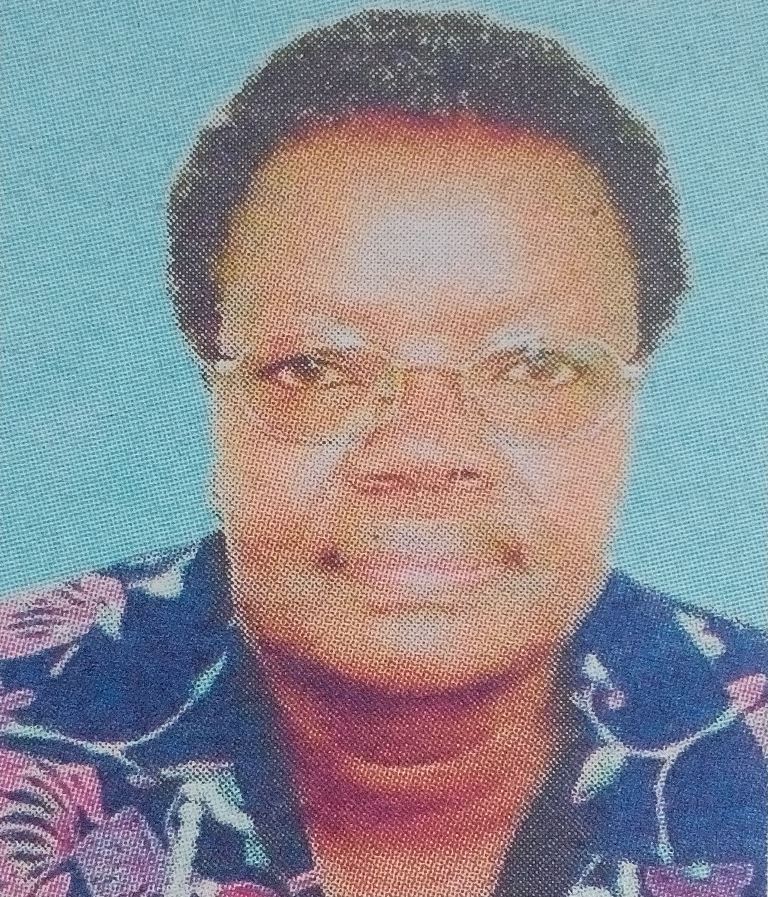 It’s with humble acceptance of God’s will that we announce the passing on to glory of Mrs. Irene Nyambura Wambugu (Mwalimu) after a short illness.

The cortege will leave Nyeri Funral Home-Outspan on Monday 7th August 2017 at 8.00a.m. Funeral service will be held at Gathumbi PCEA Church at 10.30a.m; burial will take place thereafter at her home in Othaya, Gathumbi village at 1.00 p.m.

“In God’s hands you peacefully rest, in our hearts you remain. Rest in peace Mom, Sister, Auntie, Cucu and Friend”