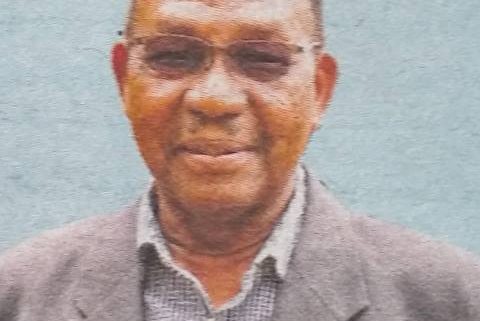 It is with profound sadness and humble acceptance of God’s will that we announce the sudden demise of Jacob Nturibi, Director of Bulawaso Sunshine Academy and Lukija Restaurant Isiolo, which occurred on Friday 17th June 2022 morning after a short illness.

Friends and family will meet at All Saints Cathedral Nairobi on Thursday 23rd June and Friday 24th June 2022 from 5pm, and at his Isiolo and Mulathankari Meru homes daily.
The cortege leaves Meru Funeral Home on 29th June 2022 at 09am and thereafter, funeral service and burial at 10am at his home in Mulathankari, Meru.

In your one lifetime you touched so many lives. Your laughter and joy is forever unforgettable.

In God’s hands you rest … In our hearts you remain.