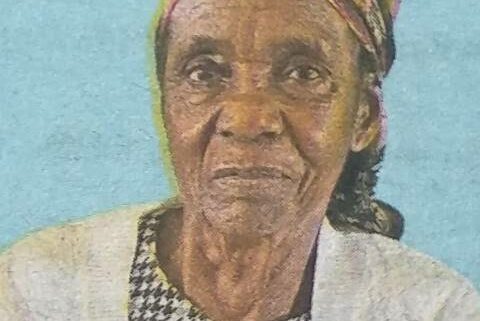 It is with profound sadness and humble acceptance of God’s will that we announce the demise of Mrs. Jane Akinyi Ochanda (Nyasembo), on 16th December, 2022 after a long illness bravely borne.

Daily prayers and funeral arrangements/meetings are being held at Argwings Kodhek Estate House no 37 in Kisumu and at her home in Yimbo.

We shall have a church service at St. Stephens Church on Friday 30th December, 2022 from 11.00am.The cortege leaves for Yimbo on the same day followed by burial at her home in Mima Village, Usigu Sub-location East Yimbo – Bondo Constituency on the 31st December, 2022.

Fare thee well Mummy. In God’s Hands you have been delivered, in our hearts you always live forever.