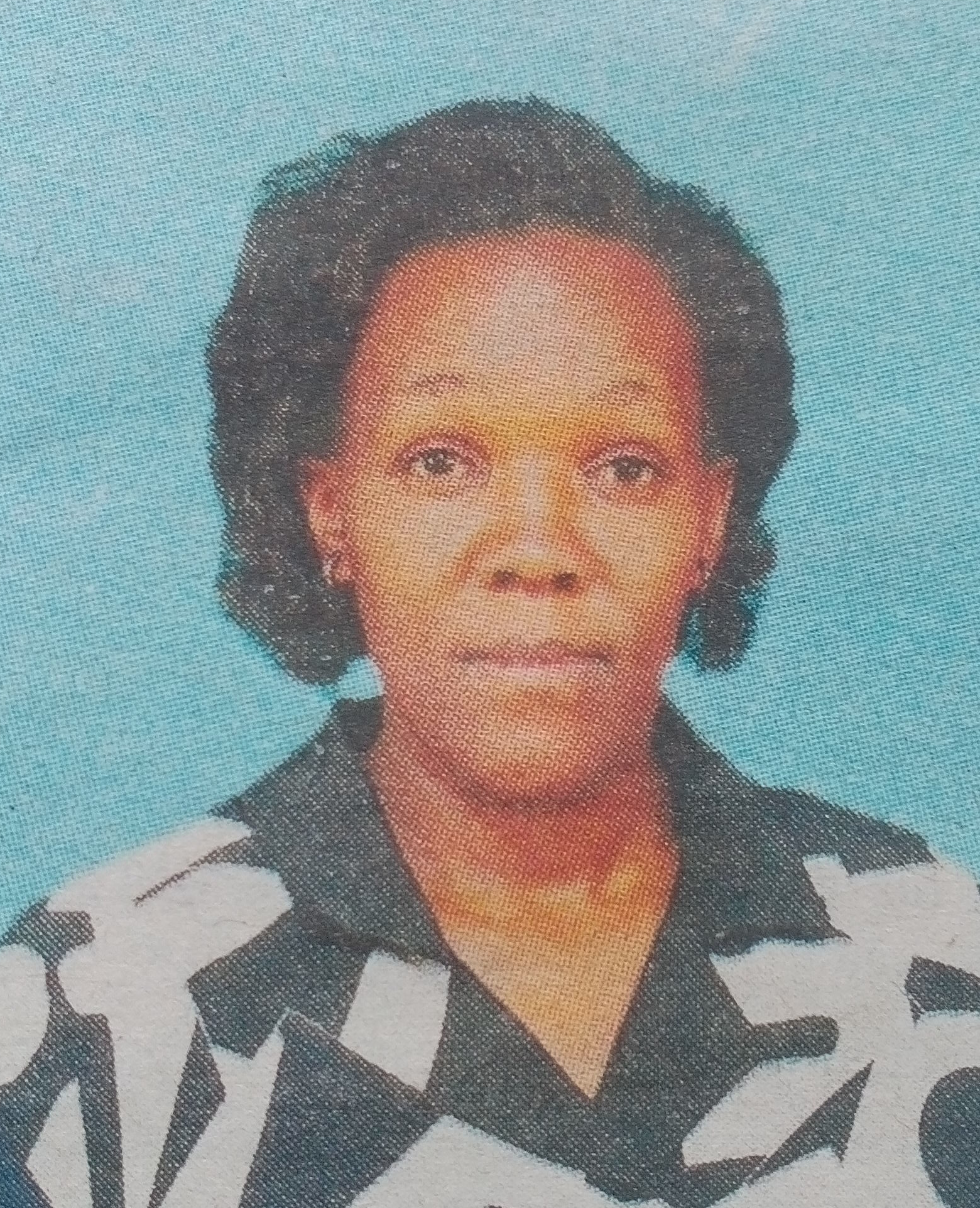 The Chairperson, Board of Management, Director and members of staff, Kenya Medical Research Institute (KEMRI), regret to announce the untimely death of Jane Wambui Kiragu, which occurred on Wednesday 15th, February 2017 at Nairobi West Hospital after a short illness. Until her death, Wambui was working at KEMRI Headquarters in Nairobi.

Wambui was the daughter of the late Nicholas Kiragu and the late Pascaline Wanjiku and mother of Emmanuel Kiragu and Sarah Wangui. She was the mother-in-law of Evelyn Waithera Kiragu. Sister of the late Gichohi, Wacera, Wamuyu, Wangari, Wanjiru, Wangeci, Mukundi, the late Nyawira, Ruguru, Gachambi, Wambugu and Muthoni. Grandmother of Raymond Kairu.

The cortege leaves Kenyatta University Funeral Home on Thursday, 23rd February, 2017 at 7am for funeral mass and burial at her father’s home in Mucharage Village, Chinga Location, Othaya Sub-County in Nyeri County.

All our destiny rests with God, our creator and we pray to Him to rest the soul of the late Jane Wambui Kiragu in eternal peace. In God’s Hands You Rest, in our Hearts You live forever.