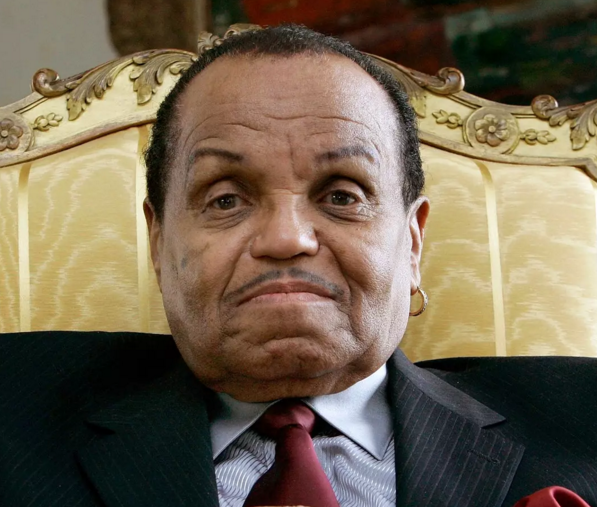 The Clark County coroner’s office in Nevada confirmed the death but did not say when or precisely where he died. The celebrity news website TMZsaid he died early Wednesday morning. He had a home in Las Vegas.

Mr. Jackson had been hospitalized on Friday with terminal cancer, according to news reports.

A crane operator and an unsuccessful rhythm-and-blues musician, Mr. Jackson was struggling to provide for his wife, Katherine, and their many children in the mid-1960s when he discovered his sons’ budding talents and began pushing them into the music business. He saw music as a path out of their cramped home in Gary, Ind.

“Something inside of me told me there was more to life than this,” Mr. Jackson was quoted as saying in “Michael Jackson: The Magic, the Madness, the Whole Story,” J. Randy Taraborrelli’s biography, first published in 1991.

By 1970, the Jackson 5 was an international sensation, with four No. 1 hits — “I Want You Back,” “ABC,” “The Love You Save” and “I’ll Be There” — in a little more than a year. The group, consisting of the brothers Jackie, Tito, Jermaine, Marlon and Michael, had hits throughout the 1970s, with Michael as the lead singer and top showman before he moved on to a solo career.

Without some of Joe Jackson’s business decisions, like breaking ties with Motown Records in the mid-1970s, Michael Jackson might never have achieved the success he had.

But the elder Mr. Jackson was emotionally distant and physically abusive. He used the Jackson 5’s constant touring as cover for extramarital affairs that he rarely hid from his sons. His wife and their nine children, especially Michael, all eventually distanced themselves from Mr. Jackson.

In 1983, at Michael’s urging, they dismissed him as their manager.

But Michael never entirely broke off their relationship. Until his death in 2009 he vacillated between detailing the abuse he had suffered at Mr. Jackson’s hands and declaring his love for him.

“I was always torn,” he said. “On one hand he was this horrible man, then, on the other, he was this amazing manager.”

When Michael died after a drug overdose on June 25, 2009, while rehearsing for a series of comeback concerts, his father was not included in his will. Joe Jackson told Chris Connelly of ABC News in 2009 that his last meeting with Michael had been about money.

Joseph Walter Jackson was born on July 26, 1928, in Fountain Hill, Ark., the oldest of five children of Samuel and Crystal Jackson. His father was a high school teacher and strict with his children. The parents divorced when Joe was a teenager, and he eventually joined his mother in East Chicago, Ind.

He dropped out of high school in his junior year and was a Golden Gloves boxer when he met Katherine Esther Scruse at a party. They married in 1949. But as their family grew they had trouble making ends meet on Mr. Jackson’s earnings, which rarely exceeded $65 a week at the time.

When the R&B band with which Mr. Jackson played broke up, he hid his guitar so that his sons would not damage it. But they found it and played it in secret, developing talents that Mr. Jackson immediately recognized when, after discovering what they had been doing, he asked them to play for him.

Mr. Jackson returned from work the next day with a new electric guitar for the boys and soon imposed a relentless rehearsal schedule on them. They practiced singing, dancing and playing instruments for at least three hours a day, every day. Michael, who joined the group at age 5, became the lead singer, sometimes sharing the role with his brother Jermaine.

Joe Jackson brooked no disrespect from his children, who had to call him “Joseph” as a sign of respect. Beatings were routine.

“If you messed up during rehearsal, you got hit,” Michael said.

Joe Jackson played down the abuse in interviews.

“I never beat him,” he told the BBC reporter Louis Theroux in 2003,referring to Michael. “I whipped him with a switch and a belt.”

But Mr. Jackson believed in his boys. He used much of the little money he was making to buy instruments and sound equipment. He also taught them how to charm an audience.

The boys began performing professionally in the mid-1960s in Gary and nearby Chicago and toured in a Volkswagen bus to other cities on weekends, opening for established R&B artists like the Temptations, the O’Jays and Jackie Wilson.

Mr. Jackson chased women while they toured. His sons knew about his infidelities but dared not tell their mother, who remained at home with the younger children. Many years later the family learned that he had fathered a daughter, Joh’Vonnie, his 11th child, from one of his affairs. (He and Katherine Jackson also had a son who died shortly after birth.)

The Jackson 5 signed with Berry Gordy’s Motown Records in 1968. In October 1969 the Jackson family moved to Los Angeles, and Motown released the Jackson 5 single “I Want You Back,” which sold more than two million copies and was the first of four singles by the group to reach No. 1 on the Billboard chart. That year they also released their debut album, “Diana Ross Presents The Jackson 5.”

Mr. Jackson had achieved his goal — his family was world famous — and in 1971 he bought an enormous estate in Encino, Calif. The band continued to have hits, and Michael recorded his first solo single, “Got to Be There,” that year. Also that year, Katherine threatened to divorce her husband after learning that he had had an affair that ended with a miscarriage. But they stayed together. They were still married, but long separated, when Mr. Jackson died.

By 1975 Mr. Jackson had decided that Motown was not promoting his sons enough. He persuaded them, or most of them, to leave Mr. Gordy’s label for a new deal with CBS Records, which would pay them 10 times as much in royalties. Only Jermaine opted to stay with Motown, because he had recently married Mr. Gordy’s daughter, Hazel. The band had to change its name to the Jacksons because Mr. Gordy retained the rights to the Jackson 5 name.

In 1979 Michael released the album “Off the Wall,” which he produced with Quincy Jones and which yielded four Top 10 singles. His solo career peaked with “Thriller” (1982), which sold more than the equivalent of 33 million certified copies in the United States and became by many estimates the best-selling album of all time.

Joe Jackson’s 10th child, Janet, had almost as successful a solo career as Michael, with hit records like “When I Think of You” (1986) and “Let’s Wait Awhile” (1987). But both Michael and Janet forced their father out of their careers as they took off.

Alienated by years of tough treatment at their father’s hands, all the Jackson children tried to escape in different ways.

Tito, Jackie and Jermaine married in their early 20s, sometimes against their father’s wishes. Janet eloped when she was just 18, and her sister La Toya wrote a salacious tell-all memoir. While publicizing the book in 1991, La Toya accused Mr. Jackson of sexually molesting her as a child, though she did not recount any abuse in her memoir.

Michael often said that he loved his father but did not understand him. During a speech at Oxford University in 2001, he called him “a managerial genius.”

“But what I really wanted was a dad,” he continued. “I wanted a father who showed me love. And my father never did that.”

To the end, Mr. Jackson maintained that he had raised his children the right way.

“I got a strict raising when I was young, and I’ve been able to accomplish a lot because of that,” he said. “And my kids have gotten a strict raising, and look what they’ve accomplished. I think children should fear their parents.”

An earlier version of this obituary misstated where Mr. Jackson died. It was Las Vegas, not Los Angeles.