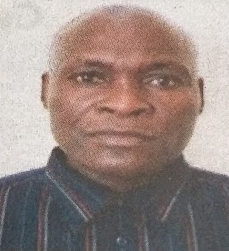 “Consecrate them in the Truth”

It is with profound sorrow that we notify you of the passing on to eternal glory of Mr. Joseph Muthiani on Tuesday, 12th April 2022 at the Mater Misericordiae Hospital after a short illness.

Mr Muthiani joined CUEA on 13th October 1984. Until his untimely demise, he was working as a Cook in the Catering Department.

He was the son of the late Muthiani Mawa and Francisca Ng’ondu and husband to Margaret Kalulu.