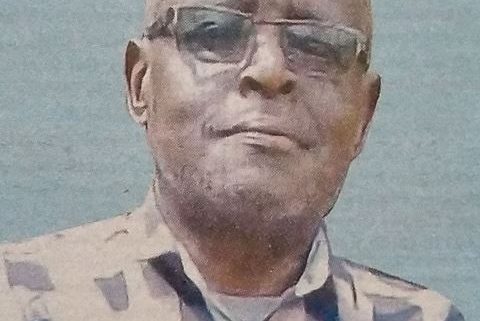 it is with acceptance of God’s will that we announce the death of Dr. Kimathi Mbogori on the 26th June 2022 after a long struggle with renal failure. He was a practising veterinary doctor in Meru.

Meetings are being held daily at his home in Ruanguene, Kithoka.

The cortege will leave Meru Level 5 Hospital Mortuary on Friday, 1st July 2022 at 9am for a funeral service at the family home grounds in Ruanguene, Kithoka off the Meru-Maua Road opposite the Ruiri Junction, starting at 10.30am. Interment will follow immediately thereafter. COVID- 19 protocols shall be observed strictly.