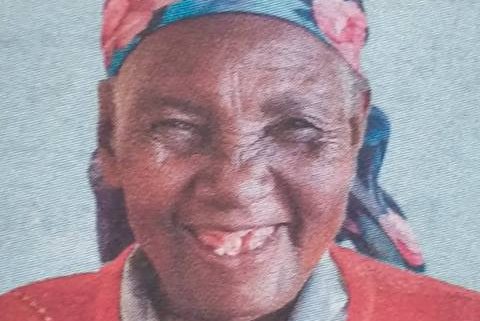 It is with sadness that the family of Paul Muunde and the greater Kaveva family inform you of the promotion to glory of Mama Esther Mukonyo Muunde on Wednesday, 1st June 2022 at Mbooni Sub County Hospital. She hailed from Ndueni Village, Nzeveni, Mbooni Sub County.

Daily meetings are ongoing at her home and at Garden Square, Nairobi to plan for the burial.

There will be a fundraiser today 9th June, 2022 at Garden Square Restaurant starting at 6.00p.m.

The cortege will leave Montezuma Monalisa Mortuary, Machakos on Saturday, 11th June 2022 at 8.00 a.m.The funeral service will be conducted at the Kasarani Sports Ground, Ndueni, at 10.00 am and thereafter burial at her home (Ndueni).