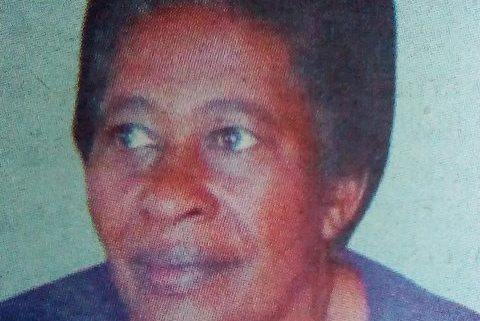 It is with sorrow and humble acceptance of God’s will, that we announce the death of Mama Esther Wylie Vihenda Chebwao (Mama Africa) former teacher and Deputy Principal Kapsengere High school, on Wednesday 9th October 2019 at Top Hill Hospital, Eldoret.

Relatives and friends are meeting daily at her home In Gamalenga/Musawa village, Hamisi sub – county.

The cortege leaves Jumuia Morgue at Kaimosi Complex on 17th October 2019 at 10:00am. Burial service will be on Saturday 19th October2019 at Gamalenga RAG Grounds.

2nd Timothy 4:7-8 “I have fought a good fight, I have finished the race, I have kept the faith.