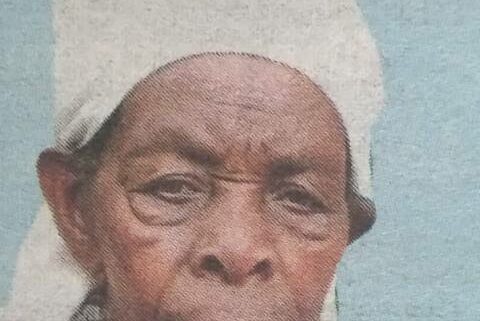 The family and friends of Nyandege regret to announce the demise of Mama Hellen Kerubo (Binyanya), which occurred at Ram Hospital – Kisii on 25/11/2022 after a short illness.

The cortege leaves Our Lady of Mercy Kebirigo (Ibara) Mortuary on Tuesday 06/12/2022, for an overnight stay at Bosiango Village, in Bogichora Location, Nyamira County. Funeral service will be held Wednesday 07/12/2022 in Bosiango.

May the Lord rest her soul in eternal peace.