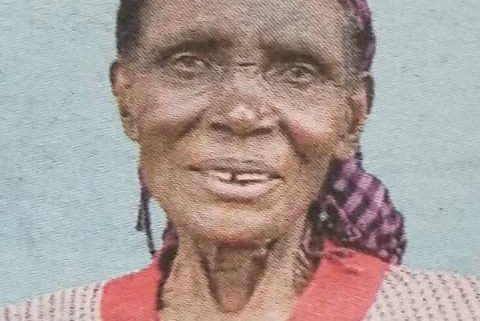 It is with humble acceptance of God’s will that we announce the death of our loving mother Mrs. Mary Moraa Osiemo, which occurred on 07/08/2022.

Sister of the late Salome, the late Agnes, Christine (USA), Pacificah, Consolata and Otwori. Sister-in-law of the late Kerubo, the late Bochere and the late Moracha.

Family and friends are meeting daily at her home in Giasaiga Bosigogwa Village for funeral arrangements as from 4.00pm.

The cortege leaves Hema Hospital Morgue at 9:00am followed by funeral service mass at Giasaiga Catholic Church on 18/08/2022. Burial will be held on Friday, 19/08/2022 at her home Bogisogwa Village near Nyabisase Secondary School starting from 8:00am.

“When someone you love becomes a memory, the memory becomes a treasure”