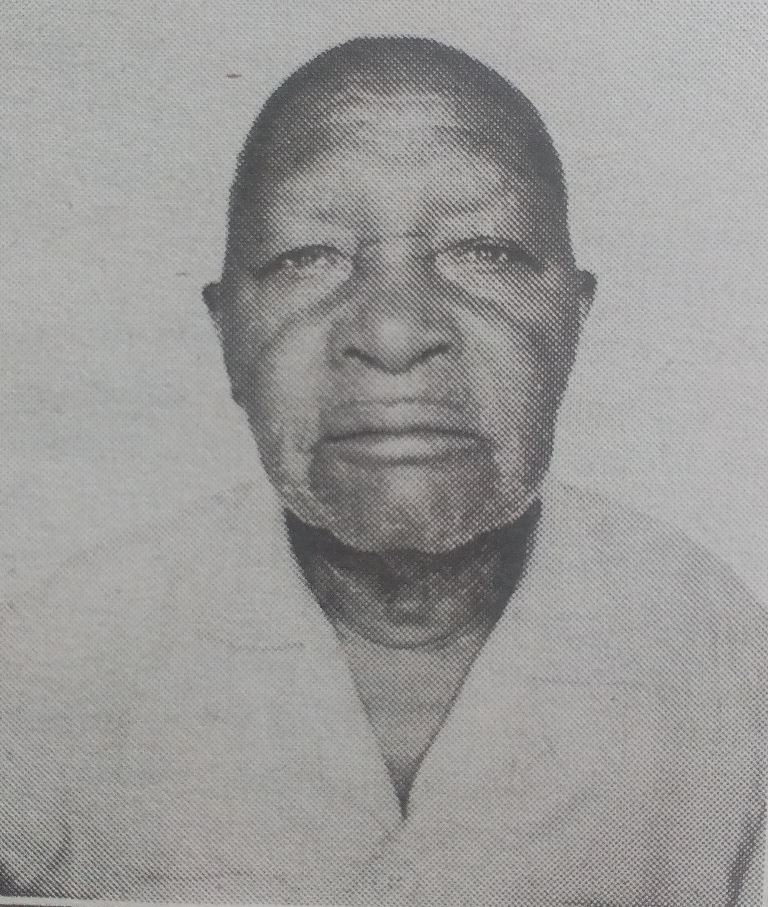 It is with deep sorrow and humble acceptance of God’s will that, we announce the passing on to glory of Mbaluka Kilonzi on 14/7/2017.

Meetings and prayers are ongoing at Garden Square Nairobi and his home in Kiimani village Masinga, and Masinga market everyday as from 17/7/2017 to 20/7/2017. The cortege leaves Muthale Mission Hospital Mortuary Kitui on 21/7/2017 at 8.00a.m. for a funeral service and burial at his home in kwa King’oli village, dovoini Sub-location in Masinga sub-county of Machakos County.

You have fought a good fight and finished the race. I have kept the faith. Forever in our hearts you will remain, our fond memories with you. As you rest in heavenly peace, may your soul, shine in eternity as you rejoice with angels in God’s presence. Amen