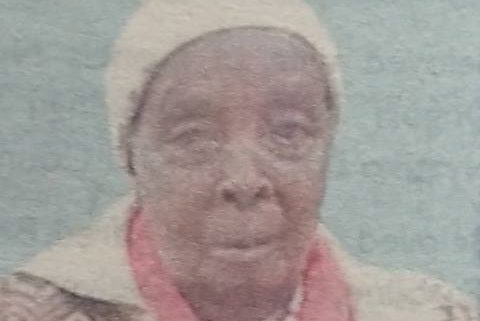 It is with humble acceptance of God’s will, that we announce the passing of Milka Wanjiru Mwago of Gatunguru Village, Gatundu North, Kiambu County.

Friends and relatives are meeting daily at the family home in Gatunguru Village.

The cortege will leave Bishop Okoye Funeral Home Thika on Friday, 19th August, 2022 at 8.00am.

Funeral services will be at their family home in Gatunguru village, Gatundu North, Kiambu County at 10.00am.