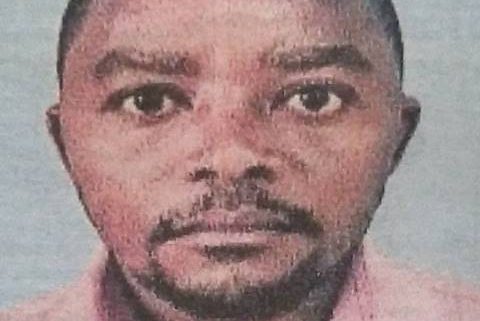 It is with profound sorrow that we announce the passing on of Moses Kirimi Mati, an Architect at Chuka University, which occurred on Monday. 26th September, 2022.

Son-in-law to the late Delfino Njeru and Imelda Irima Muthoni. Brother-in-law to Michael Mwiti, Monica Kageni, Ireen Kagendo, Stella Igoki and Doreen Gacheri. He was an uncle and a cousin to many.

Friends and relatives are meeting daily for prayers and funeral arrangements at his residence, in Giampampo village, Maara Sub-county, Tharaka-Nithi County.

There will be a requiem mass at Chuka University on Wednesday, 5th October, 2022 starting from 2.00pm.

The cortege leaves Lampedusa Funeral Home on Friday 7th October, 2022 at 9.00am for the funeral service at Kamachuku Catholic Church and later proceed to the burial site at his Giampampo home.