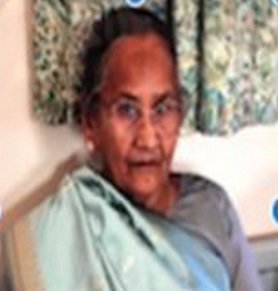 It is with deep regret that we announce the death of Mrs. Veluben Mulji Karman Shah on Tuesday, 31st July 2018 in Nairobi.

Cortege will leave from Oshwal Centre, Ring Rd Parklands, Nairobi on Wednesday, 1st August 2018 at 10:30am and cremation will take place at the Hindu Smashan Bhumi, Kariokor at 11:00am.

Veluben’s Cornea were donated to Kanubhai Babla Lions National Eye Bank Condolence messages can be sent to potsnpans sshahPhotmaitcom “When someone you love becomes a memory, the memory becomes a treasure” The Trustees, Office Bearers and Managing Committee of Shree Visa Oshwal Community Nairobi send their heartfelt condolences to the bereaved family.