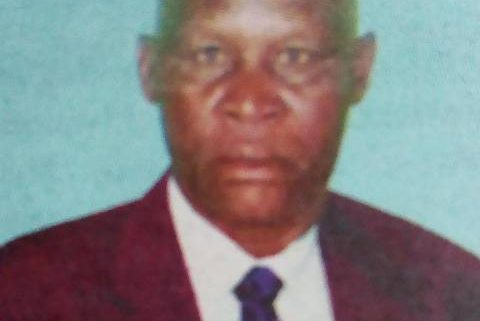 It is with humble acceptance of God’s will that we announce the promotion to glory of Mwangi Juma Ngumi which occurred on 15th October 2019 at his home, Mung’aria Village, Aguthi Location, Tetu Sub-county, Nyeri County.

Friends and family are meeting at All Saints Cathedral Kindergarten from Wednesday 16th October, Thursday 17th October and Friday 18th October at 5:30pm and at his home in Mung’aria Village.

Funeral service will be held on Monday 21st October 2019 at P.C.E.A. Kanderedu Church, thereafter the burial will take place at his home Mung’aria Village next to Kangubiri Girls High School.

In God’s hands you rest in our hearts you live forever. Rest in peace