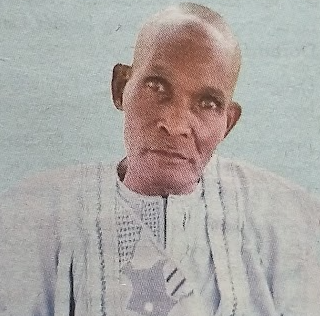 It is with great sadness that we announce the passing on of Mzee Benjamin Peter Ochanda Wafula of Beams Technical Services.

He was the son of the late Mzee Paul Ochanda and the late Mama Leonida Akong’o of Ebwaliro Village, Butula Sub-Location, Busia County.

He was the son-in-law to the late Mzee Obuche and the late Mama Christine Obuche.

He was uncle to Reagan, Heinrich, John, Cosma, Benedict, Chrispinus, Michael, Zeddy, Noel, Teresa, Joachim, Franklin, and many others.

There will be a major fundraising to cater for funeral expenses on 16th April, 2022 or send money through Pay-bill Number: 8044942 I Account Number:Your name.

The cortege will leave Sega Funeral Home, Siaya, at 8am on 19th April, 2022 for Ebwaliro Catholic Church for a Requiem mass then proceed to his home in Ebwaliro village for a night vigil.

Eternal rest grant unto daddy, 0 Lord, and let perpetual light shine upon him. Papa, in God’s hands you peacefully rest, in our hearts you remain forever. May you rest in peace. Amen.