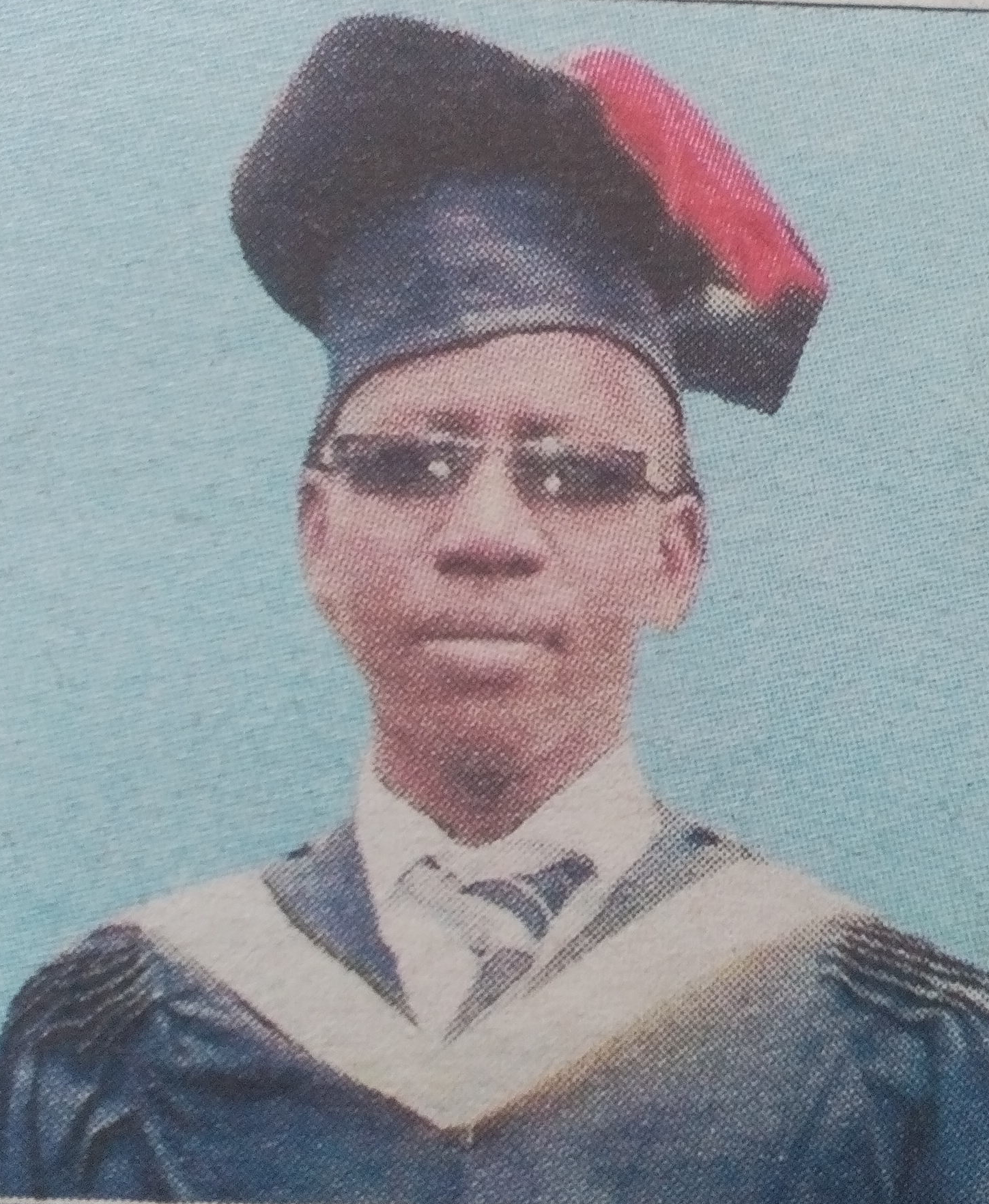 It is with deep sorrow and acceptance of God’s will that the family of Naftal Nyaribo Masese announces the sudden death of Brian Machoka Nyaribo on 1st January, 2017.

Friends and relatives are meeting daily at Canaan Court- Membley and Garden Square – Nairobi for funeral arrangements as from 6pm.The main fundraising will take place on Tuesday 10th January at Membley and City Hall from 6pm.

For I know that my Redeemer lives,And He shall stand at last on the earth And is destroyed, this I know That in my flesh I shall see God. Amen. Job 19:25-26