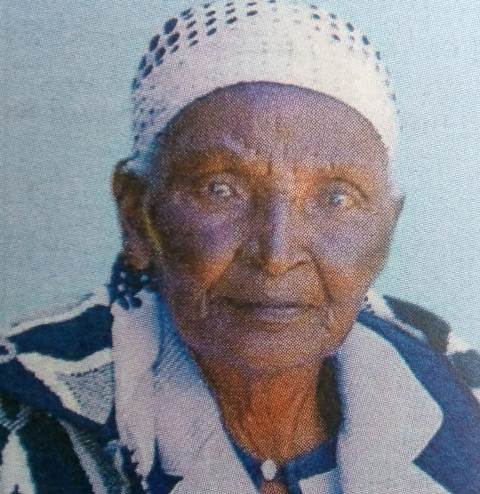 She was the daughter of the late Christopher Njagi Mwaniki and the late Anne Gathigia Njagi. She was the wife of the late John Mbui Kihara and the mother of Dr Michael Njagi Mbui of the SDA Church in London, Patrick Kihara of Ngobit, Samuel Macharia of Nairobi and Pastor Paul Mwaniki of GCCI Nanyuki. She was mother-in-law to Nancy Njagi, Veronica Kihara and Pastor Hilda Mwaniki. She was also a grandmother and great grandmother.

The cortege will leave Nanyuki Teaching and referral Hospital mortuary on Tuesday 7th August. 2018 at 8.30am.

The funeral service will be held at her Mutaro Kwa Nyakinyua home Sirima location 10.00am and the burial at the same place.

She fought a good fight, she finished her race, she kept the faith Rest in Peace.