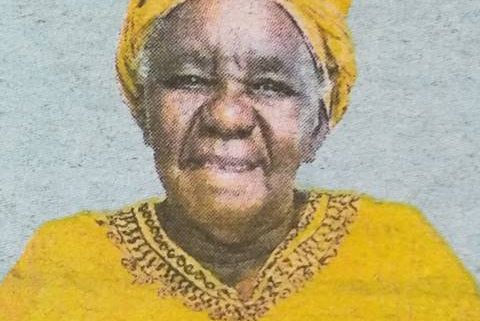 It is with profound sadness and humble acceptance of God’s will that we announce the passing of Naomi Kiluti Kavyu, which occurred on Thursday, 7th July, 2022.

Burial arrangements will be announced later.

In life you gave so much to many and we thank God for the blessing of you in our lives. Rest in Peace Inya!

“I have fought a good tight! have finished my course, I have kept the faith.” 2nd Timothy 4:7